Exhibition “About Fear” by the students of the Pallas’s department of sculpture in Potsdam, Germany

The students of the sculpture department of Pallas University of Applied Sciences are with the lecturer Rasmus Eist in Potsdam, Germany, to set up and open an exhibition “About Fear”. Students created installations, electrical objects and clay sculptures that reflect a wide range of fears. 7 students of the sculpture department: Urmas Aavik, Helli Aas, Liina Kinks, Joonas Kirsipuu, Jonna Kubu, Eeva-Ruth Niitvägi and Daniil Piskun have undertaken, among other things, monophobia (fear of being lonely), fears of oblivion, diseases, deadlines and fear of risk. The works confront the visitors of the exhibition in various innovative ways.

Urmas Aavik talks about his work “RE-repressions”: “My work is about the fear of repression. The fact that it still exists in the world and it is possible to re-organize such repression and genocide. The focus of the work is the deportation of Estonians to Siberia. The sculpture is a 2,5 m high gallows with photos hung from the barbed wire telling the story of a family (my grandfather and grandmother) who ended up on the Semitseljabinski nuclear landfill in Krasnoyarsk Krai.” 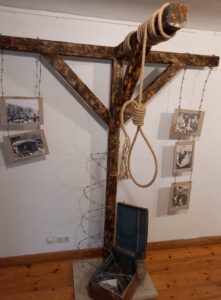 Liina Kinks’ work, which represents the responsibility and risk of fear, is a big, completely dark box, entering which you have no idea what to expect. 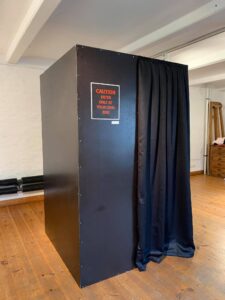 On the implementation side, the students have also put themselves to the test. Helli Aasa’s work, which speaks of the fear of shaping oneself according to one’s perception of the expectations of others, is a complex mechanical construction. The visitor of the exhibition has the opportunity to put his head in a black sphere filled with sensors. When the sensor perceives the viewer, the eyes mounted on the sphere start operating. The eyelids open and close with servos and weights. LED lamps in the irises of the eyes will light up. The sphere itself is small enough to cause discomfort to the viewer. With the opening of the eyes and the red inner surface imitating the curves of the brain, the author hopes to make the viewer feel the anxiety that arises from being watched. 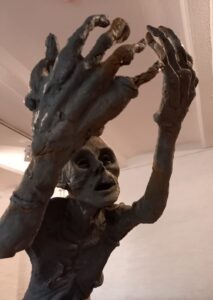 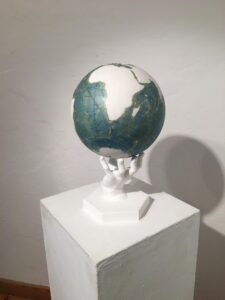 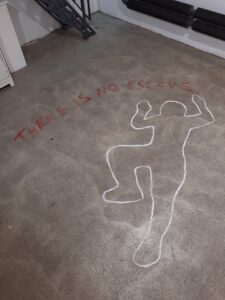 The exhibition opens on September 17th at 6 pm Herman-Elflein Str. 10. Potsdam, Germany. The exhibition will be opened by Merit Kopli, Estonian cultural attaché in Germany. 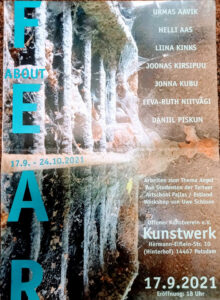 It is not yet known whether the exhibition can be seen later in Estonia.